SPECIALITY OF THE
COMACCHIO VALLEYS

The story of Medusa is over 160 years long: an experience of over a hundred years, spanning five generations, in the world of fish gastronomy.

THE MARINATED EEL OF THE PO
DELTA

“FATTA L’ITALIA, ORA BISOGNA FARE L’ANGUILLA!”
Our company was founded in 1861 by Cesare Regnoliwho, driven by the optimism of those who strongly believed in the newborn Italian nation, after having realized his dream of seeing Italy united having actively participated in it as a Garibaldino, undertakes an entrepreneurial activity in the trade some fish. Initially the work consisted in the trade of products preserved in salt, such as herring and cod, coming mainly from Northern Europe, but already in the years immediately following the main activity moved towards a noble product that symbolizes the territory of the Basso Polesine,the eel marinade. The eel is processed seasonally, during the fishing period, with artisanal care, the result of the work of expert hands. Cesare, flanked by his son, also introducesthe marinated frying of acquadelle, a small fish typical of the Po Delta areas, which is fried and then packaged in tin with its own marinade. 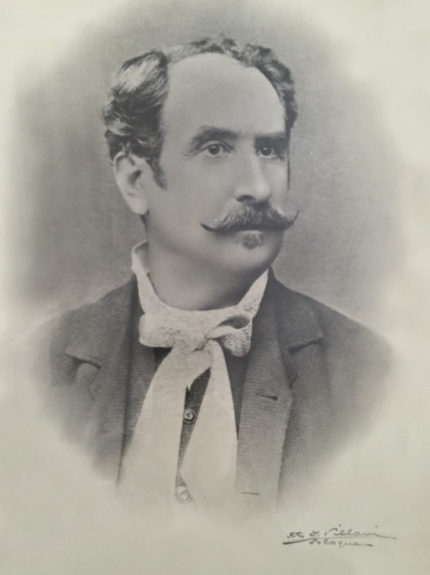 THE TUNA IN CAN

With the recovery of the economy after the war, in the 1950s, the company has the opportunity to develop the canned tuna project, an expansion of the range consistent with the processing of eel and frying. The Bologna plant was then converted, with modern machinery for the sterilization of the packages. It is a strategic place for the procurement of raw materials from the main Italian and European ports, facilitated by increasingly rapid transport and the possibility, thanks to recent technological innovations, to refrigerate vehicles and warehouses.
In those years, the customers are mainly wholesalers, delicatessens and small food shops; in the absence of a real distribution, Medusa manages to position itself among the leading brands in the market in this area, in the highest quality segment. 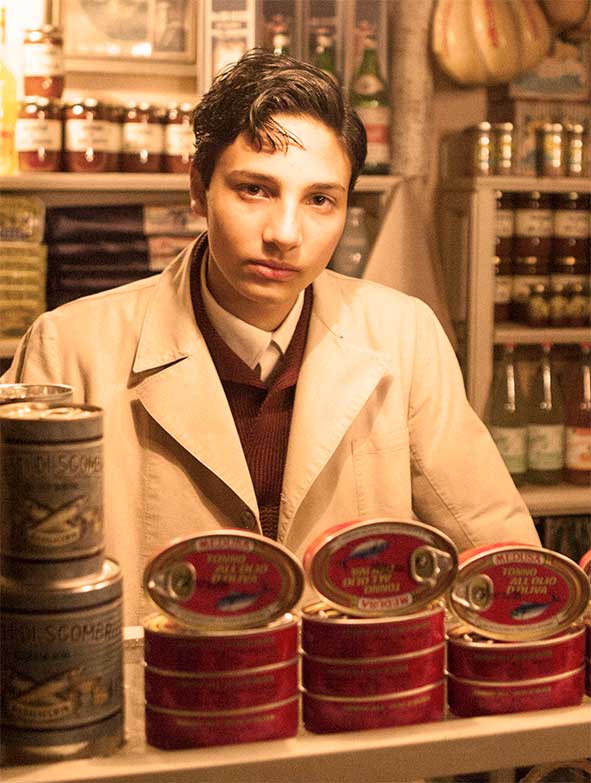 In 1965 the production site was established in Ariano nel Polesine. Until then, the processing of eel and frying was “itinerant”: from season to season we chose where to produce, always remaining in the Polesine area. One year the eel was even worked in the Estense Castle of Mesola.
The brand Medusa is affirmed, which has a double meaning, represents on the one hand the Greek divinity and his magical powers with the slogan “Medusa, products so good to bewitch”, and on the other, through the Greek meaning of the word (in Greek : Μέδουσα, Médousa, which means “protector, keeper”), the values of tradition and the quality of the products that our company preserves with commitment and dedication. 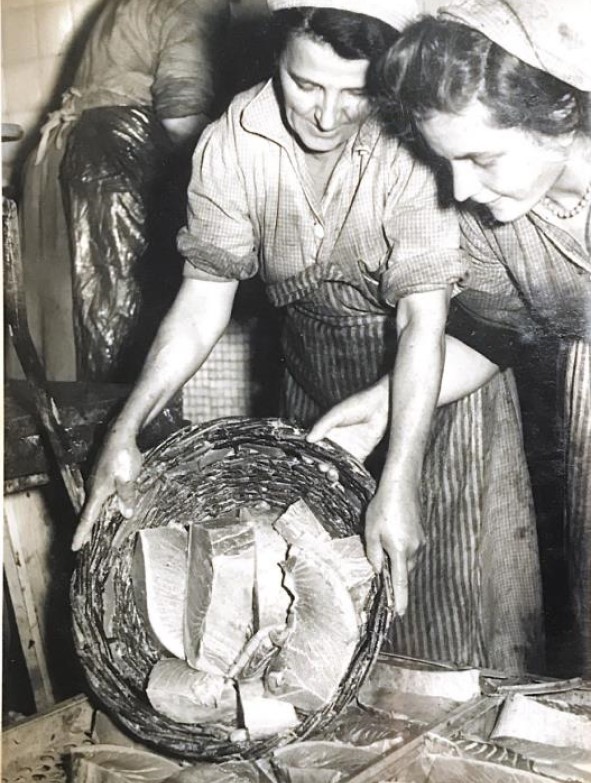 The fourth generation of the Regnoli family joined the company in the mid-1970s and took its first steps in hard times, due to a severe crisis in the canned tuna sector. The company had remained standing thanks to the trade in canned legumes and canned fruit. Le uniche certezze rimaste erano il marchio, un’ottima reputazione conquistata negli anni grazie a un’estrema serietà, e un piccolo stabilimento ad Ariano nel Polesine. It is from here that the second life of Medusa starts. The fourth generation wants to revive the company, repaying the efforts made by its predecessors, and thanks to a great willpower begins to create new products and market them in a competitive scenario that has now changed since the advent of large-scale distribution.

The winning idea is to take advantage of the know-how developed relating to marinating technology and combine it with more modern products than frying and eel, such as seafood salads and other fish appetizers traditionally consumed in restaurants. Medusa met with considerable success and in a few years it established itself again on the market, starting to produce throughout the year and therefore leaving the logic of seasonality. This paves the way for a new sector within supermarket delis. 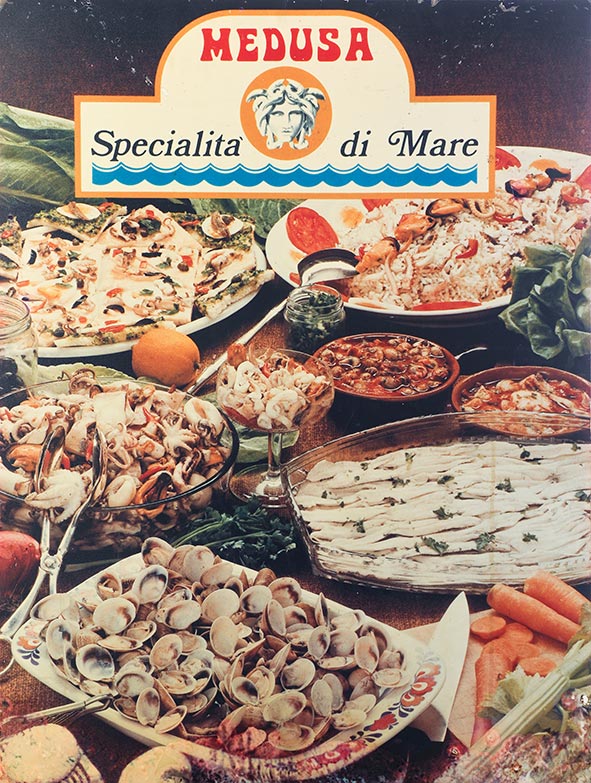 Today we are constantly engaged in research and development, to be able to offer high quality products: from this perspective, choices are made such as those of a lighter marinade and a shorter shelf-life, designed to meet the contemporary taste of the consumer. This is how new products such as pasta sauces, soups and fried foods are born. This policy has allowed us to maintain the leading position in the market niche of these products, also on foreign markets. Medusa today is projected towards a continuous growth, thanks to the professionalism of the people who make up the structure, real foundations of the know-how that allow the company to effectively implement new business strategies.
Furthermore, even family continuity does not stop: the fifth generation of the Regnoli family is preparing to begin its adventure driven by the passion and the desire to preserve the values that have characterized the work of the four generations that have followed one another through 160 years of history. 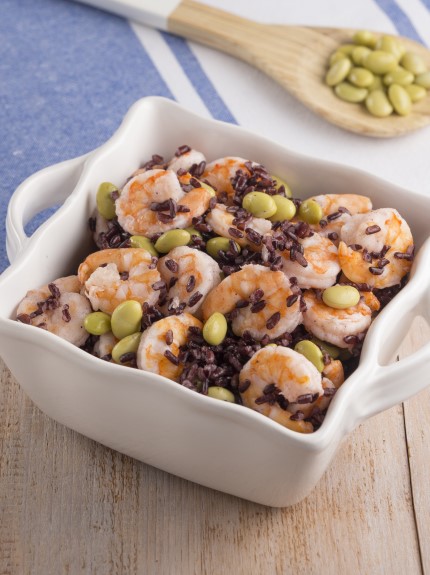